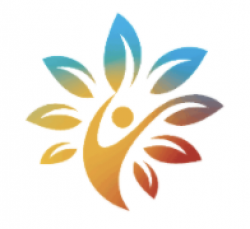 “An allergy sufferer myself I no longer take medication to calm down my symptoms when I am at work”. Francis Luz, Manager of Health and Wellness

“Purchasing Surgically Clean Air in Scarborough Retirement Centre was an important operational decision not only because it demonstrated how we took the health and wellness of our staff and residents to heart, but how it also made a difference to the bottom line”.

Surgically Clean Air Purifiers Installed to Stop the Spread of Airborne Illnesses in Retirement Home and They Find It Helps Fight Allergies too.

This boutique retirement community in Toronto, Canada, has 130 residents and 79 employees.

The community experienced an Enteric Outbreak of the etiological agent Noro virus-like strain in December 2009. During the Outbreak, restrictions were placed by the Public Health inspector on admission and re-admissions into Scarborough Retirement Centre. Forty-six of the 130 resident population and six staff members were at risk. As a result of the Outbreak, three suites became vacant and could not be leased to any new prospects calling to tour the community.

Within 24 hours following the installation, residents noticed the difference and gave management a standing round of applause during the resident council meeting. In addition, Francis Luz, manager of Health and Wellness, observed a marked reduction of respiratory issues due to allergies and viral illnesses among her staff and residents.

Not only did residents who suffered from respiratory issues experience improvement, family visitors and prospects also commented on the “fresh-air-feeling” when they entered the lobby. During the winter months in 2011, Scarborough Retirement Centre experienced more traffic and increased occupancy because of competitive communities experiencing an outbreak. Having an air purification system also became a compelling market differentiator. Maureen Scordamaglia, Community Relations Manager responsible for marketing Scarborough Retirement Centre, found the selling point of clean air to be a plus. Visiting prospects were so impressed with the proactive stance with installing an air purification system that they asked, “why don’t other communities have it as well?”