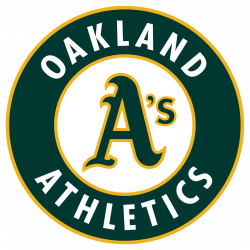 The Oakland Athletics (often abbreviated to A′s) compete in the West division of the American League in Major League Baseball (MLB). The club has won nine World Series championships, the third-most of all current Major League Baseball teams. However, they are considered smaller market teams with lower budgets than some marquee franchises.

As a small payroll team, the Oakland athletics must get the most out of their players to be competitive in Major League Baseball (MLB). Therefore, they are always looking for every competitive edge to apply to their team’s success. The Head Trainer learned that cleaner and healthier air in the team facilities could reduce the spread of person-to-person illness (player-to-player, media-to-player etc.), reducing the number of player days lost to illness during the season. In addition, it could help players recover from a hard workout on the field or in the gym.

For less than the cost of doing laundry for the team’s socks for the season, trainer Nick Paparesta ordered five (5) Surgically Clean Air commercial air purifiers after seeing the units in the visitor’s dressing room at the Toronto Blue Jays Rogers Centre.

In addition, four units were installed in their clubhouse (Locker room), workout gym and training treatment rooms throughout their home stadium facilities. They also planned to use one of the units on Mark Cuban’s plane that the Oakland A’s share with the Dallas Mavericks to clean the air before boarding by the players and coaching staff.

The Oakland Athletics have continued to outperform their payroll ranking in their annual winning games percentage since installing Surgically Clean Air. Each year when the team plays in Surgically Clean Air’s hometown (Toronto), they happily replenish their supply of filters and light bulbs to keep their purifiers going for the next season.