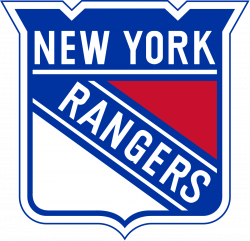 The New York Rangers are a professional ice hockey team based in New York City. They are one of the Original Six teams that formed the National Hockey League (NHL) in 1926. They play in one of the most famous arenas in the world – Madison Square Gardens in the heart of New York City.

Playing in one of the busiest arenas in the World puts the New York Rangers Players and Coaches at an immense risk of breathing contaminated air that can not only reduce their performance, it can also make them sick and miss crucial games. An additional risk also exists for the Staff of an NHL team like the New York Rangers, the harmful metal filings that are produced from the constant sharpening of the athletes’ skates. These metal fillings are so prevalent as a harmful suspension in the air that you can hang a magnet of a string and it will be coated with metal filings after the Team’s skates are sharpened. These harmful filings can spread throughout the entire facility through the HVAC system. The New York Rangers need a robust indoor air cleaning system that would not only take odours, viruses and germs out of the air, it also needed to extract these super harmful metal filings.

In 2017, the New York Rangers became the 1st NHL Team in the USA to install Surgically Clean Air Purifiers in the Locker Room and the Skate Sharpening Room.

A as testament to how well Surgically Clean Air was helping the New York Rangers, after the next Professional Hockey Athletic Trainers (PHAT) Annual Meeting more NHL Teams became clients.