NCAA Tournament Teams Germs Can Be a Tough Opponent 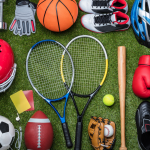 In the heart of the NCAA March Madness, we are reminded of how tough germs and viruses can be on sports teams. Over the past decades, there have been countless times when teams in the hunt for a championship were taken down by illness. Whether it is the ‘mumps’ in the NHL, the ’flu’ in the MLB, unidentified ‘illness’ during the NFL Post Season, or ‘nausea’ in the NCAA, sometimes a team’s toughest opponent can come from within the locker room.

San Diego State’s 2015 March Madness season ended in a 68-49 loss in the NCAA Tournament’s round of 32, the battle was against more than the No. 1 seed Blue Devils.

A dozen members of the Aztecs’ traveling party, including head coach Steve Fisher and at least four players, experienced symptoms of nausea which limited their performance. The outbreak began with senior guard Aqeel Quinn, the day before San Diego State’s round of 64 game with St. John’s in Charlotte, N.C. The initial suspicion was that Quinn had food poisoning from a turkey sandwich. He spent much of Thursday and Friday vomiting, and though he tried to play against St. John’s, he spent the second half lying next to the bench. Quinn said he was better on Sunday. But by then, the bug had spread throughout the team, the coaches and even their radio broadcaster. Coach Fisher did not attend the team’s film session Saturday night. An assistant coach didn’t travel to the arena with the team, arriving just before tipoff against Duke. Adding insult to the indignity of it all, their trip home was delayed because still more players were ill. “I’ve never seen anything like this,” said Tom Abdenour, San Diego State’s head athletic trainer, who spent 24 years on staff with the NBA’s Golden State Warriors. “{When] a virus hits, it’s like throwing a pebble in a still pond — it’s like those rings in the water that go out. … It comes up fast and it can take down so many people.”1

Why is NCAA Basketball So Dramatically Affected by Airborne Illnesses?

NCAA Basketball coincides with cold & flu season. A 2008 study by the National Institute of Health suggested the flu virus is more infectious during the winter. The virus is spread through coughs and sneezes. But in colder temperatures, its outer coating hardens, making it very hardy. Once a virus finds its way inside a person’s respiratory tract, the warmer temperatures soften the coating and free the flu for infection.

Never mind the science of when and why, though. For basketball teams, the calendar isn’t changing. And given the nature of the sport — a couple dozen people constantly in close contact with each another, whether during practices or in locker rooms or on buses and planes, preventing illness and its rapid spread is especially difficult. Given the size of a NCAA Men’s Basketball Team, a virus can do more damage to a teams’ performance than in football, baseball, or hockey, as each sick individual is exponentially more important.

What Can Be Done About It?

Anyone who’s been involved in elite athletics for any length of time has seen illness affect a team’s performance at a critical time. Although athletic trainers cringe over knee injuries and twisted ankles, they fear the flu and other illnesses. “Once you get one guy with it, it’s so easy to get it just filtering through your team,” Oklahoma’s Brown said. “It may only last 24 hours — but if it’s the wrong 24 hours it can affect the outcome of a game, and maybe a season.” 1 Most NCAA Teams believe there’s no magic pill for prevention —most trainers just wait and hope the bug doesn’t spread too far, too fast.