Cooking with a Gas Could be Harmful to You & Your Family 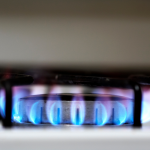 Indoor Air Quality (IAQ) in many homes exceeds the health-based standards for chronic and acute exposures of pollutants (Logue et al. 2011). On average, [North] Americans spend more than 65% of their time in homes (Klepeis et al. 2001), and numerous studies have noted the importance of Indoor Air Quality and its effects on peoples’ health and well-being.

In a recent study that was submitted to the Journal Environmental Health Perspectives, scientists at the Energy Department’s Lawrence Berkeley National Laboratory found that many residences indoor air quality (IAQ) exceed outdoor air quality standards for several pollutants every week as a result of cooking with gas burners.

Researchers estimated that 60% of California homes where a gas stove was used for cooking at least once a week had indoor pollutant levels exceeding legal outdoor limits. The finding means that millions of people are subjected to levels of nitrogen dioxide, formaldehyde, and carbon monoxide in excess of current standards.

“If these Indoor Air conditions were outdoors, the Environmental Protection Agency would be cracking down. But since it’s in people’s homes, there’s no regulation requiring anyone to fix it,” Singer said.“Reducing people’s exposure to pollutants from gas stoves should be a public health priority.”

But Doesn’t the Range Hood Protect You?

To try and remove these harmful gas-cooking pollutants, most people rely on their range hood. Testing completed by Indoor Environment Connections said, researchers found range hoods varied widely in how effectively they remove pollutants. Their study focused on seven models ranging in price from $40 to $650, with the “capture efficiency” of the units measured at as little as 15%. The hoods typically did a better job of capturing pollutants from the back burners than from the front of the stove. Hoods with grease screens and metal-covered bottoms didn’t do as well as those with open designs.

So If You Can’t Count on Your Range Hood to Fully Protect You What More Can Yo Do?

A Surgically Clean Air Purifier can help remove the harmful indoor air pollutants caused by gas stoves to make your home healthier for you and your family.